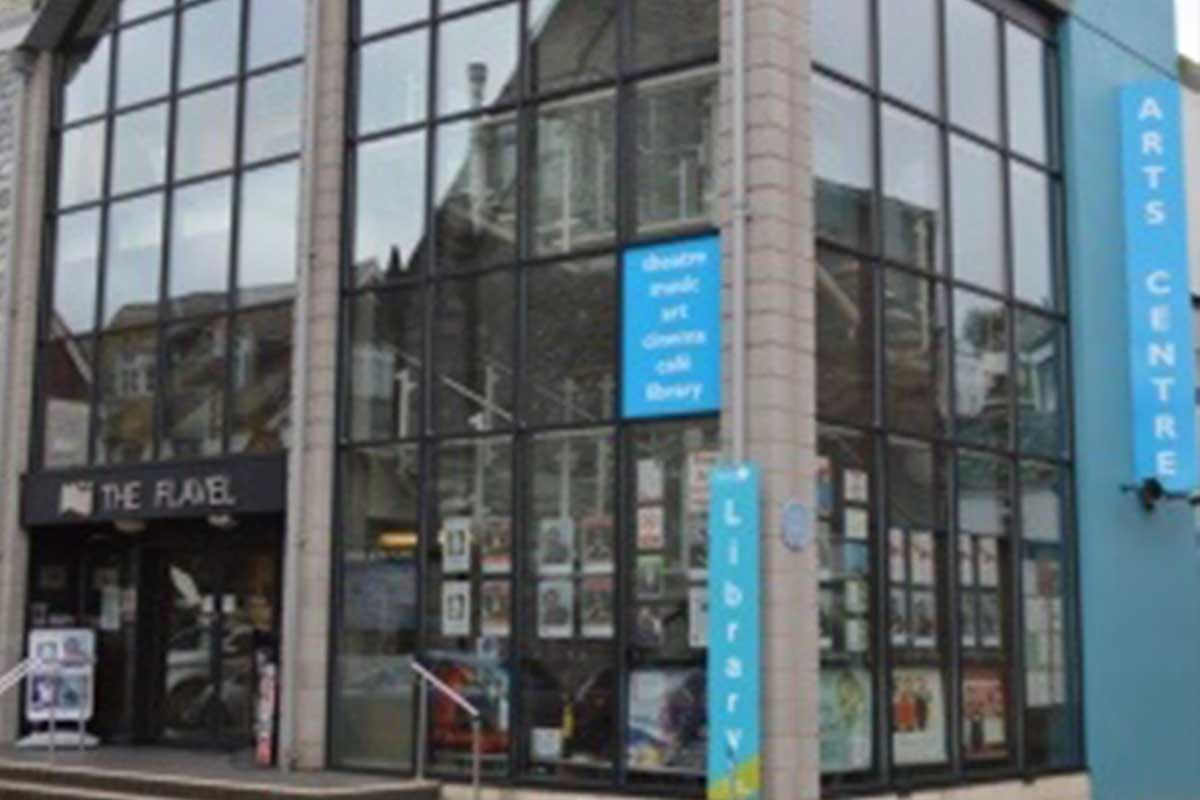 What’s On at The Flavel? September – December

Throughout the year The Flavel screens and hosts a large number of shows, films and concerts. From big screen blockbusters to old classics, beautiful ballets to moving performances live from London theatres, workshops, comedians and everything in between – you’re sure to find something to see at The Flavel during your stay in Dartmouth. Have a look below at some of the great shows and events that are on at The Flavel over the next four months.

Rated 12A, this fantasy film based on the Marvel Comics characters has been a big hit. Starring Paul Rudd and Evangeline Lilly, find out more about the film and times here.

Get crafty and make your own hand stamped, personalised jewellery that you can take home with you. More details about the workshop here.

Make your own bracelet with this easy to grasp technique using colourful cords. Find out more information here.

Much anticipated, this film brings to life the magic of Winnie-the-Pooh. Rate PG, starring Ewan McGregor and Jim Cummings, this is one the whole family will enjoy. More information available here.

Picnic at the Proms (8th September)

A live screening of the popular Last Night of the Proms, bring along your own food for a picnic and receive a complimentary drink on arrival. For more details about the event, please click here.

In aid of and association with Dartmouth Food Festival, The Flavel presents a special screening of Chef. Stars Jon Favreau and Scarlett Johansson, rated 15.

Rated 15, the film follows the journey of an old man and his path of self-exploration. Find out more about screening times and the movie here.

A tequila-fuelled Tex Mex party night at The Flavel with one of the most popular live touring bands in the UK. The band features Paul Young, Drew Barfield, Mark Pinder, Steve Greetham, Jamie Moses and Melvin Duffy.

The Godfather, rated 15, is often regarded as one of the most popular films of all time, this crime classic stars Al Pacino, Marlon Brando and Diane Keaton.

Live from the West End, Ian McKellen brings this Shakespeare tragedy to live with his moving performance.

Broadcast live from the Globe Theatre in London, The Winter’s Tale is a Shakespeare classic.

Joined by an authentic band, Gabrielle Ducomble performs original songs from her new album as well as music from other classic composers such as Piazzolla. More information is available here.

After retiring from commentating on international cricket, Henry Blofeld is celebrating by touring the country telling never before heard anecdotes and more.

A dark and intense ballet screened from the Royal Opera House, Mayerling tells the story of a Crown Prince who is obsessed with death.

As part of the Dartmouth Food Festival, The Galloping Maestro and friends put on an entertaining performance of fine dining demonstrations and operatic singing. Please click here for more information.

Suitable for children aged 6+, get creative with a marbling session and make notebooks for taking back to school. Children should be accompanied by an adult.

Suitable for kids aged 6 and over, use tracing techniques, mark making and natural greenery to create one-off pieces of art. Children should be accompanied by an adult. For more information, please click here.

The hit West End musical Funny Girl starring Sheridan Smith comes to The Flavel for a special screening, rated 12A. To find out more about this amazing show, please click here.

Join in the arty workshop by printing on lino, learn how to cut and print with lots of tools and materials available for you to use.

A Halloween special, The Flavel is screening Psycho. A classic American horror, rated 15. Please click here for more details such as screening times.

Join Major Ken Hames MBE and Keith Turnbull at The Flavel as they discuss their new book, answer audience questions and sign books after the event.

Starring Anthony Hopkins and Emma Thompson and rated U, The Remains of the Day is back on the big screen in order to celebrate its 25th anniversary. Find out more about the screenings here.

A popular guitarist and singer-songwriter, John Smith puts on a folk concert to remember. More details and booking link can be found here.

La Bayadère is an iconic Russian ballet telling the story of a temple dancer, Nikiya who is in love with a warrior named Solor but when Nikiya rejects the High Brahmin advances he plans to take revenge on Solor. Broadcast live from the Royal Opera House.

Sponsored by The Royal Castle Hotel, The Flavel welcomes the Radio 4 regular Tony Hawks. An entertaining evening of anecdotes and audience questions.

Known for his hilarious antics on Never Mind the Buzzcocks, Phill Jupitus comes to The Flavel for an evening of laughs and fun.

Join The Dave Hankin Big Band as they kick off the Christmas season with a selection of festive classics, all given a swing twist.

Live from the Royal Opera House, this classic Christmas ballet is enchanting and magical and will get you all in the festive spirit.

A famous Shakespeare play, Antony and Cleopatra will be broadcast live to The Flavel from the National Theatre.

A one-man theatrical performance by Simon Callow based on Charles Dickens’ own performance adaptation, reimagined especially for cinema.

Rated U, The Last Waltz is a rock film that includes Bob Dylan, Eric Clapton and Ringo Star among others as they celebrate The Band’s music in this final 1976 performance.

A classic pantomime and fun for all the family, join in with a wonderful show this Christmas break presented by the Dartmouth Players Theatre Company.

To find out everything that is on at The Flavel in Dartmouth over the next four months and beyond, please visit their website here. 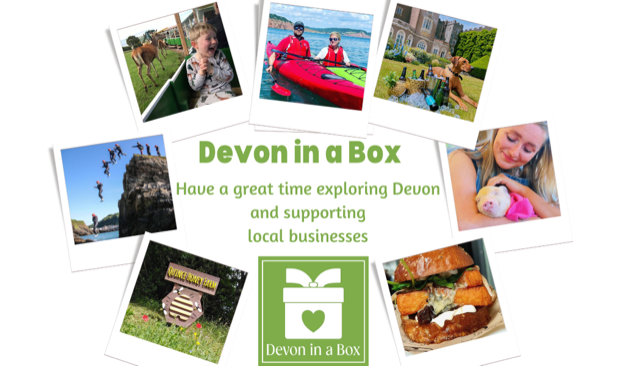 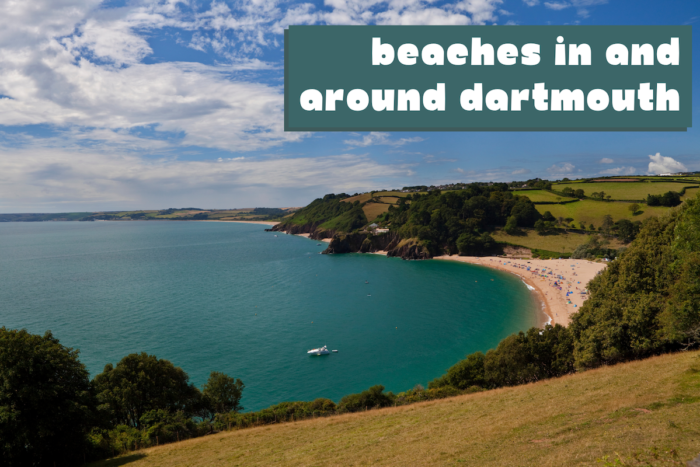 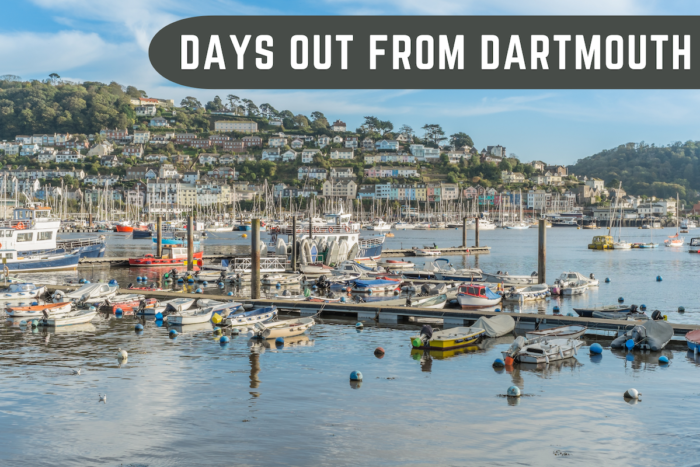 Days Out From Dartmouth

Dartmouth is a stunning coastal town with plenty to do and lots of wonderful attractions to visit, but if you’re in the area for a
August 11, 2022