Dartmouth’s great location on the coast, surrounded by countryside means that the area often plays host to sporting events.

But enjoying a holiday to Dartmouth doesn’t mean you have to miss out on the action. Below you’ll find some great sporting events which you can either join in with or if you want to let someone else do the hard work, while you just sit back and relax, spectating from the side lines. 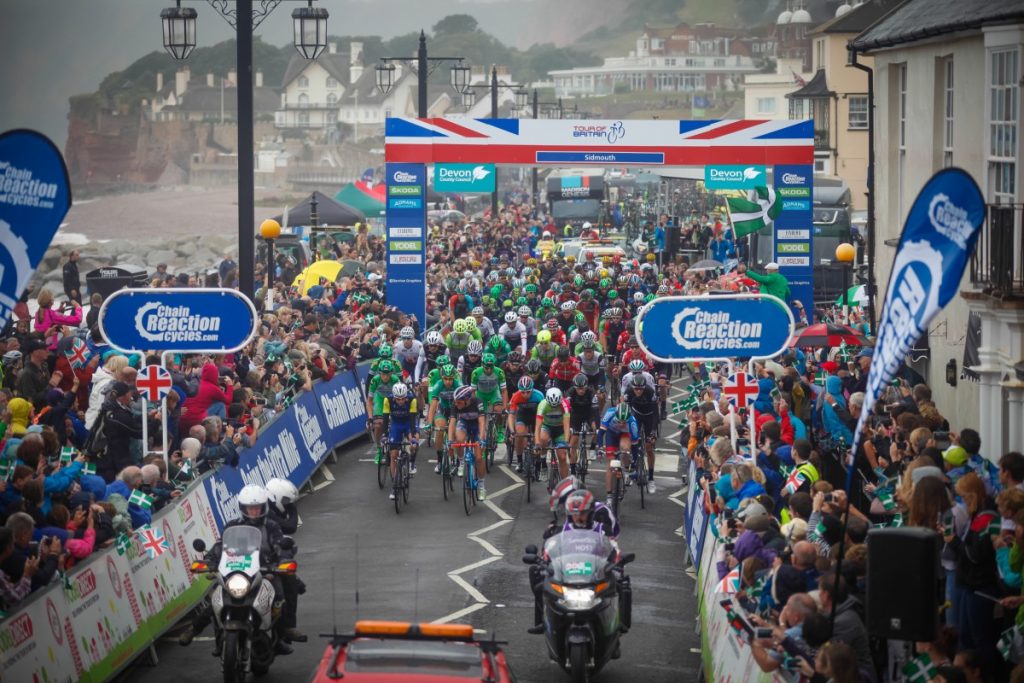 The Tour of Britain is British Cycling’s premier road cycling event, giving cycling fans the opportunity to see the world’s best teams and riders competing on their doorstep and helping

The Tour of Britain is British Cycling’s premier road cycling event, giving cycling fans the opportunity to see the world’s best teams and riders competing on their doorstep and helping to build a great cycling nation.

Spectate the cycling with Devon hosting Stage Two of the 2021 Tour of Britain on Monday 6 September with a 185 kilometre (115 mile) route between Sherford and Exeter.

A typically hilly Devon stage including 3,500 metres of ascent, the route will visit the South Hams for the first time since 2012, combining the beautiful south Devon coast with the testing climbs of Dartmoor, before a finish on Queen Street in Exeter city centre.

The route will feature three intermediate Sprints, the first of which will come at Torcross as the route crosses the road along the narrow shingle bar that separates Slapton Ley from the sea, with the remaining Sprints in Kingsbridge and Tavistock.

Three ŠKODA King of the Mountains climbs will also feature, the first on the coast at Strete at the end of a two kilometre climb from Blackpool Sands

The second and third ŠKODA King of the Mountains climbs both come in the Dartmoor National Park, the first the 8.7 kilometre climb of Rundlestone above Tavistock, which has been used by the Tour of Britain twice before (2010 and 2012).

The final categorised climb will be between Postbridge and the famous Warren House Inn, one of the most famous locations on Dartmoor and at 434m (1,425ft) above sea level the highest inn in southern England, where the pub’s fire has famously been burning since 1845.