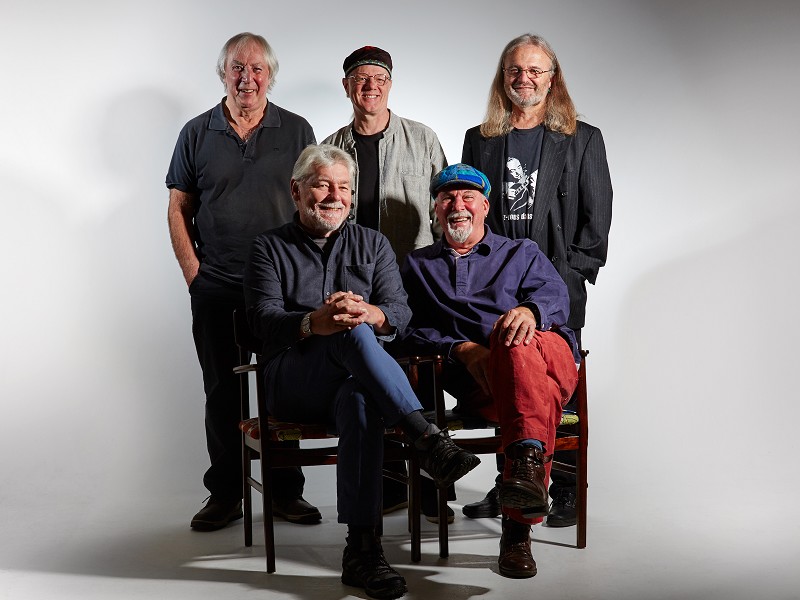 Folk at the Flavel are proud to welcome to the Flavel the band credited with launching folk rock in the UK and one of the most iconic bands of any genre, Fairport Convention.

Fairport have been entertaining music lovers for over half a century but one thing has remained the same – Fairport’s passion for performance. This is reflected in a busy touring schedule and of course the famous annual Fairport Convention Cropredy Festival which has just celebrated its 40th year. Their performance will present a mix of long-established Fairport favourites and some surprises from albums old and new including their latest album ‘Shuffle & Go’ which will be released in February 2020. Fairport Convention have won a BBC Lifetime Achievement Award and Radio 2 listeners voted their ground-breaking album Liege & Lief ‘The Most Influential Folk Album of All Time’. The band, which launched the careers of Richard Thompson and the late Sandy Denny, features the long established line up of founding member Simon Nicol on guitar and vocals, Dave Pegg on bass guitar (celebrating his fiftieth year in Fairport), Ric Sanders on violin, Chris Leslie on fiddle, mandolin and vocals, and Gerry Conway on percussion.

“Stuffing their set with a surprising amount of new material, Fairport are still clearly having fun and brought the house down.” The Guardian